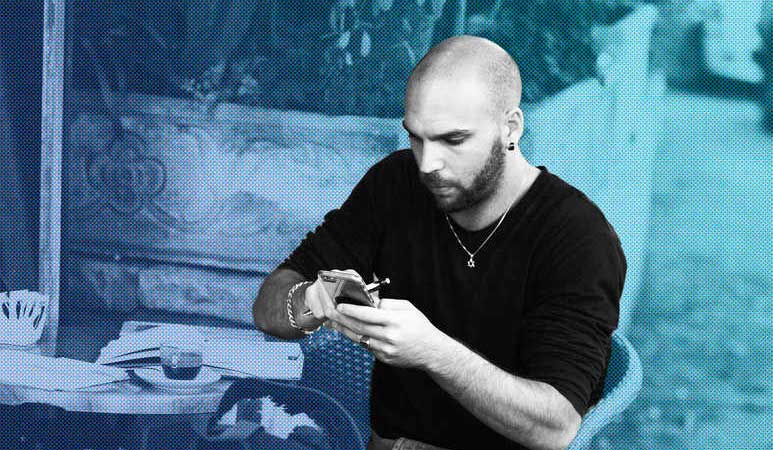 A text message sent March 26 to hundreds of thousands of cellphones claimed that Israeli President Reuven Rivlin insinuated that he would give the task of forming a new government to the head of the largest party. The information spread quickly, leaving the president no choice but to clarify his position and claim that comments he made to high school students were being politicized. It turns out that while Rivlin was visiting a civics class in Beit Shemesh, he was asked what would happen if none of the candidates had a large enough majority to form a government. He answered that he would have to assess the situation and then might give the task of forming a government to the head of the largest party.

Shelly Yachimovich, opposition chair and Knesset member for the Labor Party, claimed that the messages, which distorted the president’s remarks and were damaging to his official standing, were sent by the Blue and White party to millions of citizens in an attempt to cause Labor voters to switch allegiance to Gantz — in the belief that this would result in Prime Minister Benjamin Netanyahu being replaced.

Another theory claims that it was actually in the Likud’s interest to delegitimize the president, since he is expected to prefer Gantz over Netanyahu in the event of a tie. Regardless of who actually sent them, the messages were anonymous. It is impossible to know who was really behind them.

This example underscores how easy it is in Israel’s 2019 election to disseminate false and manipulative information to the public. It is done through text messages, bots and fake accounts on social networks, yet with no real ability to supervise this chaos, it could actually tilt the election. In fact, Israel has no government body or up-to-date law that can supervise this wild and unmanageable space.

Israel’s Election Campaign Law of 1959 is outdated and ill-suited for the internet era. As a result, several Israeli organizations and groups came together before the election in an effort to reduce the impact of this disturbing phenomenon, since it is being ignored by the government. The initiators — the Israel Internet Association, the Israel Institute for Democracy and the Law, Technology, and Cyber Clinic at Haifa University — created a volunteer network intended to re-empower citizens so that they can “shatter the funhouse mirror,” said professor Karine Nahon, president of the Israel Internet Association and senior lecturer in the Politics of Information. The group appealed to the public to report bots and suspect Facebook accounts.

On March 21, their work showed results. They reported accounts that they suspected were fake to the management of Facebook, and the accounts were investigated and removed. These were accounts that intentionally heated up the already divisive discourse and caused a commotion on the various social networks.

“While it is a success, it is obvious to us that there are still a lot of fake accounts that are active online,” Nahon told Al-Monitor. She claims that over 90% of these accounts belong to Netanyahu supporters. The anonymous campaigns are an influential factor in these elections, and the ability to supervise them is limited due to a lack of legislation.

When Nahon informed her colleagues about their success in getting the fake Facebook accounts removed, she had some bad news, too. “I can’t help ask myself the hard questions about this gap. Why does the overwhelming majority of these accounts consist of the supporters of one candidate? Does this reflect the reality of the situation, or is it possible that there is some bias in the report itself?” she asked.

This is the big question hovering over the 2019 election: How big is its invisible, manipulative impact on the public?’

Several months ago, Tehila Shwartz Altshuler, a researcher at the Israel Democracy Institute initiated a Convention for Maintaining Fair Elections, based on the idea that each party would have to sign its campaigns by name. The only party that refused to do so was the Likud. That should come as no surprise. The Likud used anonymous campaigns in the 2015 election, too. The brief video of Netanyahu’s election day warning that Arabs were going to the polls in droves was seen in a message sent to hundreds of thousands of supporters of the right on that same day. It is now believed that Netanyahu will use the same method on April 9, when traditional media is forbidden from showing campaign material or polls. In this way, he can reach the different sectors of the population and adapt his messages to them.

A month ago, on Feb. 27, Shwartz Altshuler’s initiative was adopted by Chairman of the Central Elections Committee Justice Hanan Meltzer. He banned anonymous election campaigns on social media and search engines.

In a conversation with Al-Monitor, another expert on social networks, Itay Tsamir, said that the order issued by Meltzer is not enough. Campaigns and anonymous information that is false, deceptive and manipulative are almost impossible to deal with using existing tools. He said, “A person receives an innocent poll question on his cellphone. He answers with who he is supporting and that information immediately becomes the basis of new data.”

Tsamir offered an example from the past few days. Given the escalation in the Gaza Strip, a seemingly humorous question was sent to hundreds of thousands of cellphones: “How do you think Netanyahu will react to Hamas firing rockets on central Israel this morning? There are two possible answers: 1. He will order an attack on abandoned Hamas positions, or 2. He will order a harsh and stubborn attack on a large number of empty Hamas positions.”

“Obviously,” Tsamir said, “the anonymous message is intended to ridicule Netanyahu and to present his policy in Gaza as weak. This might be expected from the New Right party headed by Minister Naftali Bennett or the Union of Right-Wing Parties. It is sophisticated and dangerous.”

Nahon concluded, “Israeli law is not prepared to deal with these phenomena, so civil society must take responsibility, clean up the toxic discourse and restore power to the voters.”

Google Trends vs. traditional surveys as a tool for predicting Elections’ results

And here is the news: A social conscience can pay off & a traffic jam is a branding
and commercial opportunity.
Read More >>